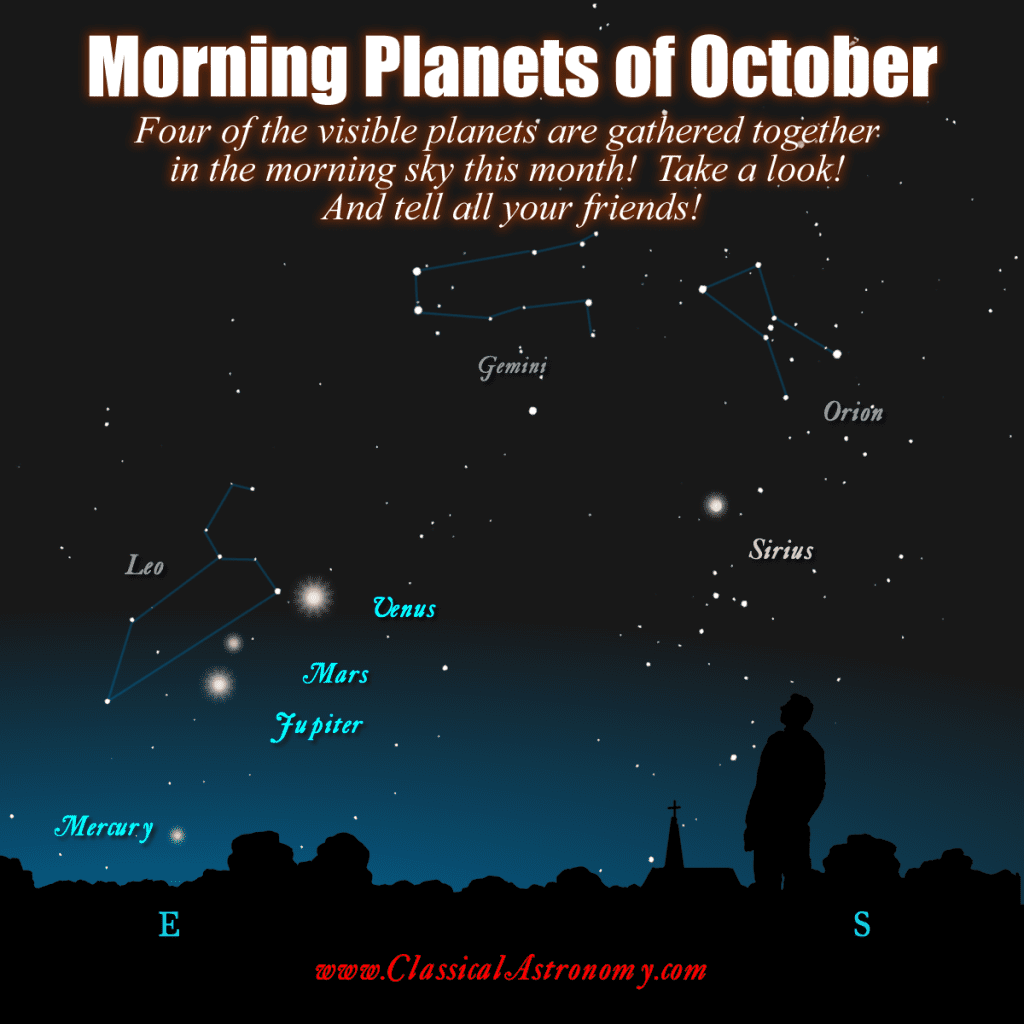 MORNING PLANETS IN OCTOBER: On mornings in October, 2015, you can see the planets Venus and Jupiter in the eastern sky, among the stars of Leo. Look to the east in the morning as the famous constellations near Orion are hanging high above the southern horizon. Also notice that the brightest star Sirius is in the sky, along with Jupiter and Venus.

But as a special bonus in this current season, these blazing planets are also joined by the less-bright planets Mars and Mercury! Four of the five classical planets are above the horizon together, in the same general part of the sky!

STAY TUNED TO CLASSICAL ASTRONOMY FOR MORE INFO THROUGHOUT OCTOBER AND BEYOND!!! AND TELL ALL YOUR FRIENDS!!!!