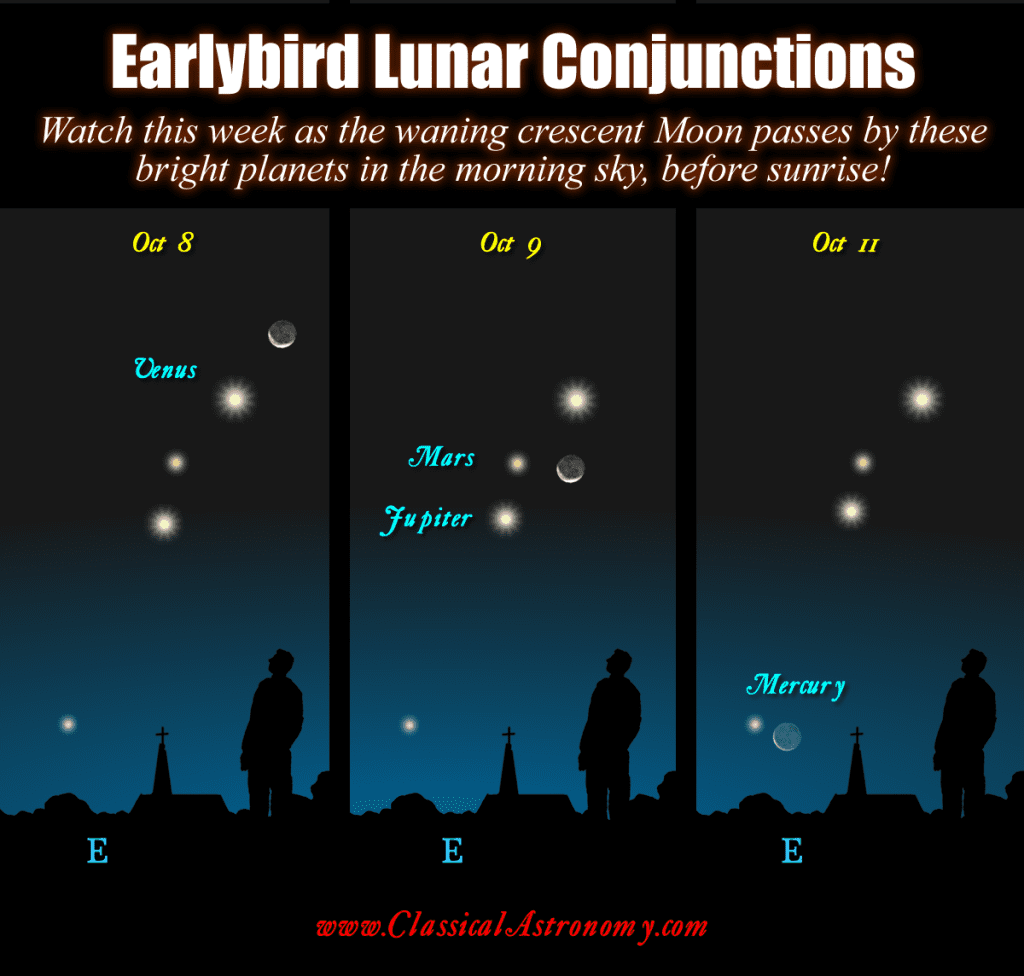 If you’re up early on Saturday, October 10, take a look anyway, as the Moon by then will have moved below these planets. But in the early morning of Sunday, October 11, the “Old Moon” will be aligned with Mercury, very low above the eastern horizon, in gathering twilight.

Take a look at the other graphics in this series for more views of the planets among the constellations in the morning sky this month.

AND TELL ALL YOUR FRIENDS!!!!