Home » Moon » Lunar-Planetary Conjunctions » Conjunction of the Moon and Venus

Conjunction of the Moon and Venus 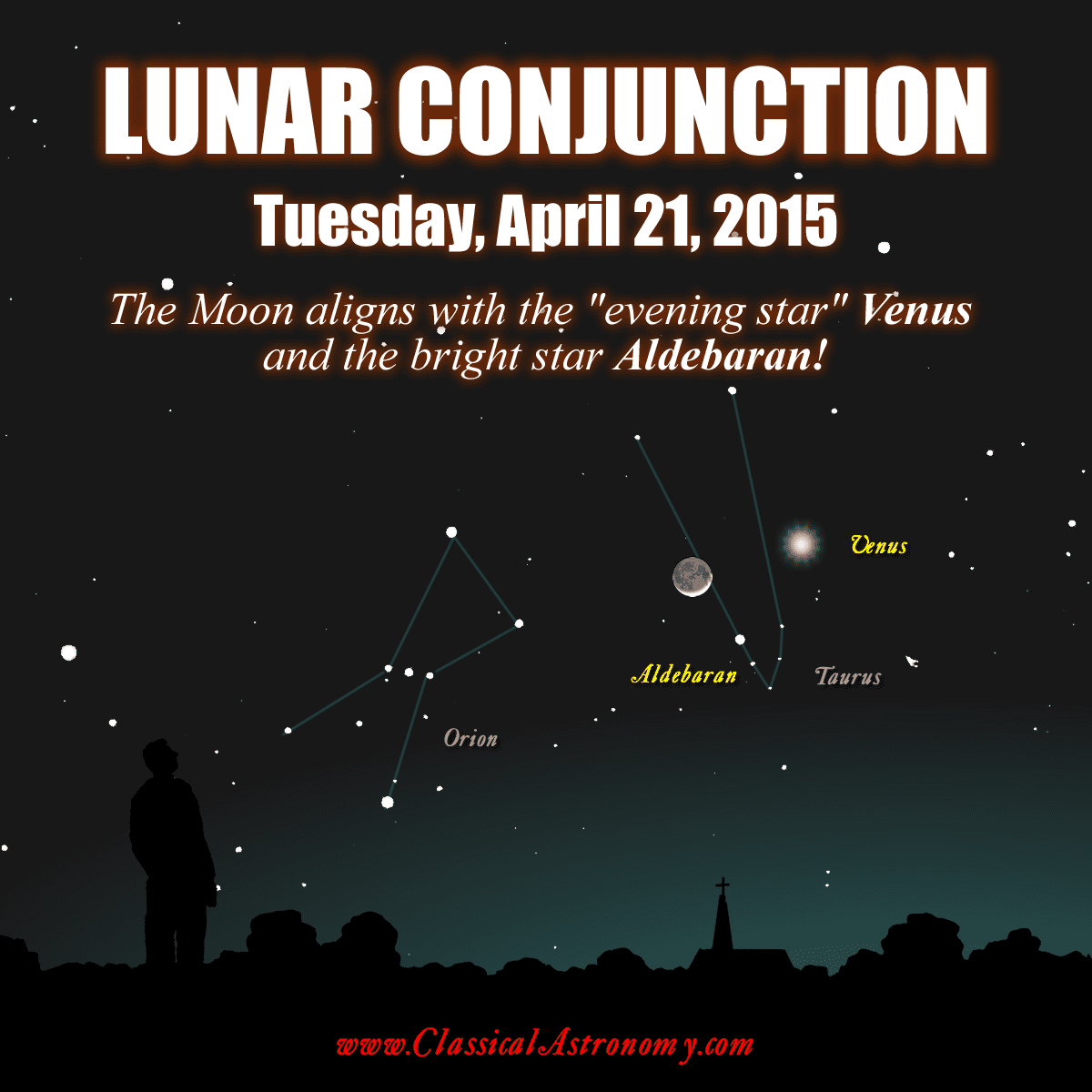 On Tuesday, April 21, the three-day old waxing crescent Moon will be in conjunction with the planet Venus, the bright evening star. This is a regular conjunction between these two bodies, and it happens every month. However, this month, the Moon and Venus are joined by the bright star Aldebaran, the red eye of the bull in the constellation Taurus. This scene, with the Moon and Venus in Taurus, is depicted on the cover of our Signs & Seasons curriculum. This type of alignment can only happen in April, during years when Venus is visible in the evening.

The constellation Orion is nearby, hovering over the western horizon after sunset. After ruling the skies all winter, Orion will soon disappear into the sunset, not to be seen again until next fall.

Look for “earthshine,” the smoky glow on the “dark side of the Moon,” which is light reflected from the Earth back onto the Moon.