The Waxing Moon of March/April 2015 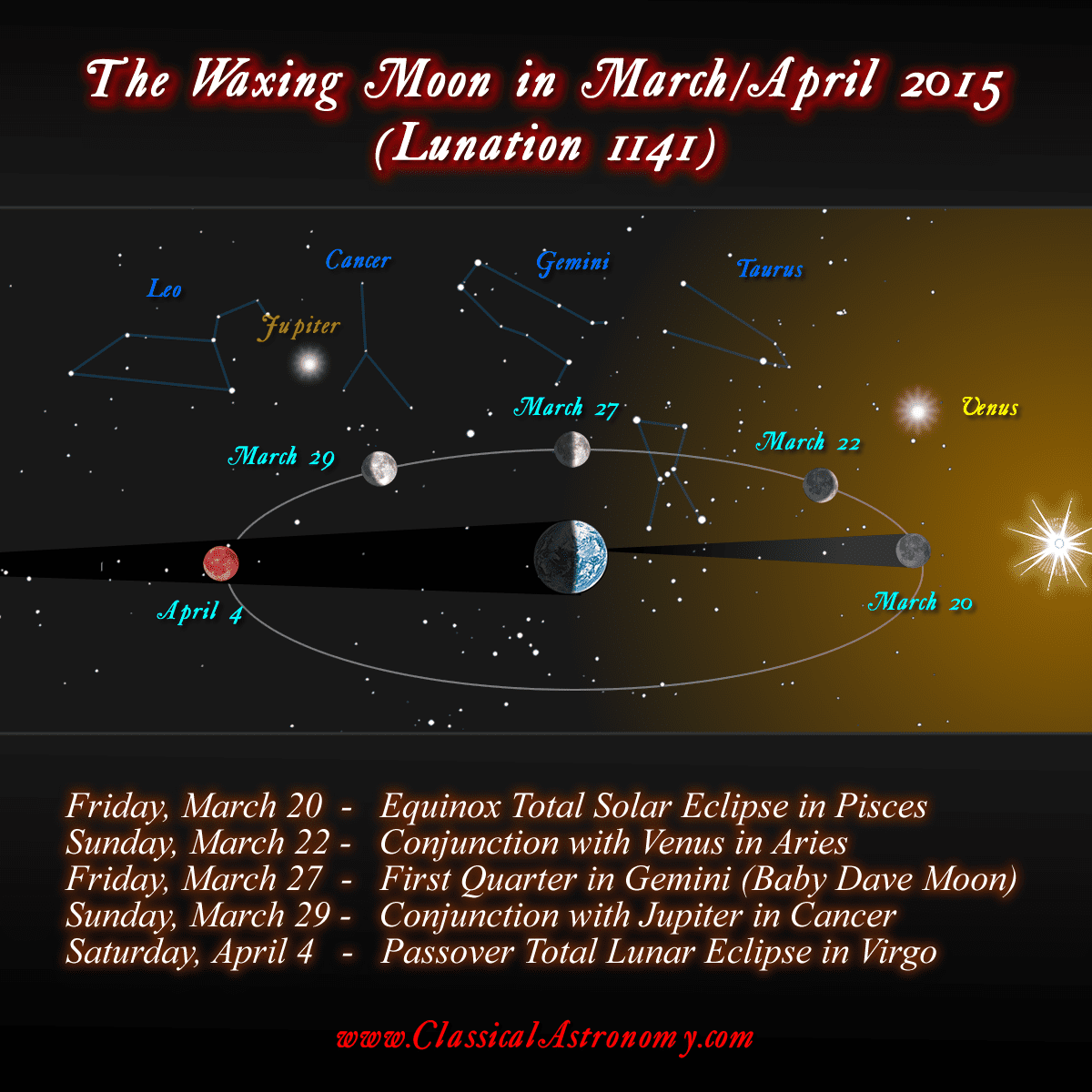 THE CURRENT LUNAR MONTH happens to be particularly interesting during the waxing phases (lunation 1141 according to Brown’s series of 1923):

SUN MAR 22: High-elevation conjunction of the two-day old waxing crescent Moon with the brilliant planet Venus, as seen in the constellation Aries;

FRI MAR 27: First Quarter Moon in Gemini, a half-moon at the place of the summer solstice, above the constellation Orion (which I always call the “Baby Dave Moon,” which I sighted the night we brought home our first child in ’94);

SUN MAR 29: Conjunction of the waxing gibbous Moon with the bright planet Jupiter, as seen in the constellation Cancer, in between Gemini and Leo; and

SAT APR 4: The total eclipse of the Moon at Passover in the constellation Virgo. Centered over the Pacific Ocean, near the International Date Line, this event favors New Zealand and the Pacific island nations. Visible from North America in the early hours before sunrise. Though invisible from Israel, this eclipse is regarded as a “Blood Moon” prophetic sign, by devotees of that teaching.