By classicalastro1 December 3, 2016 January 30, 2017 Lunar-Planetary Conjunctions, Seeing Mars in the Sky, Seeing the Planets, Seeing Venus in the Sky 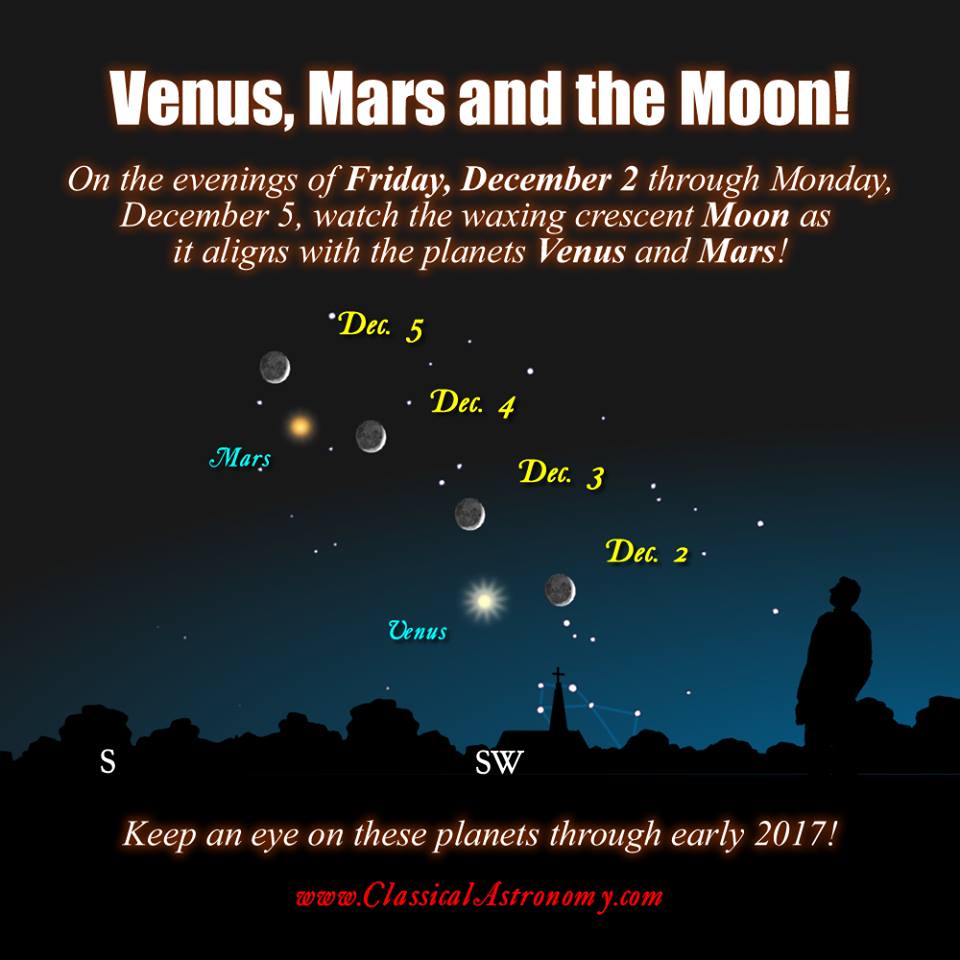