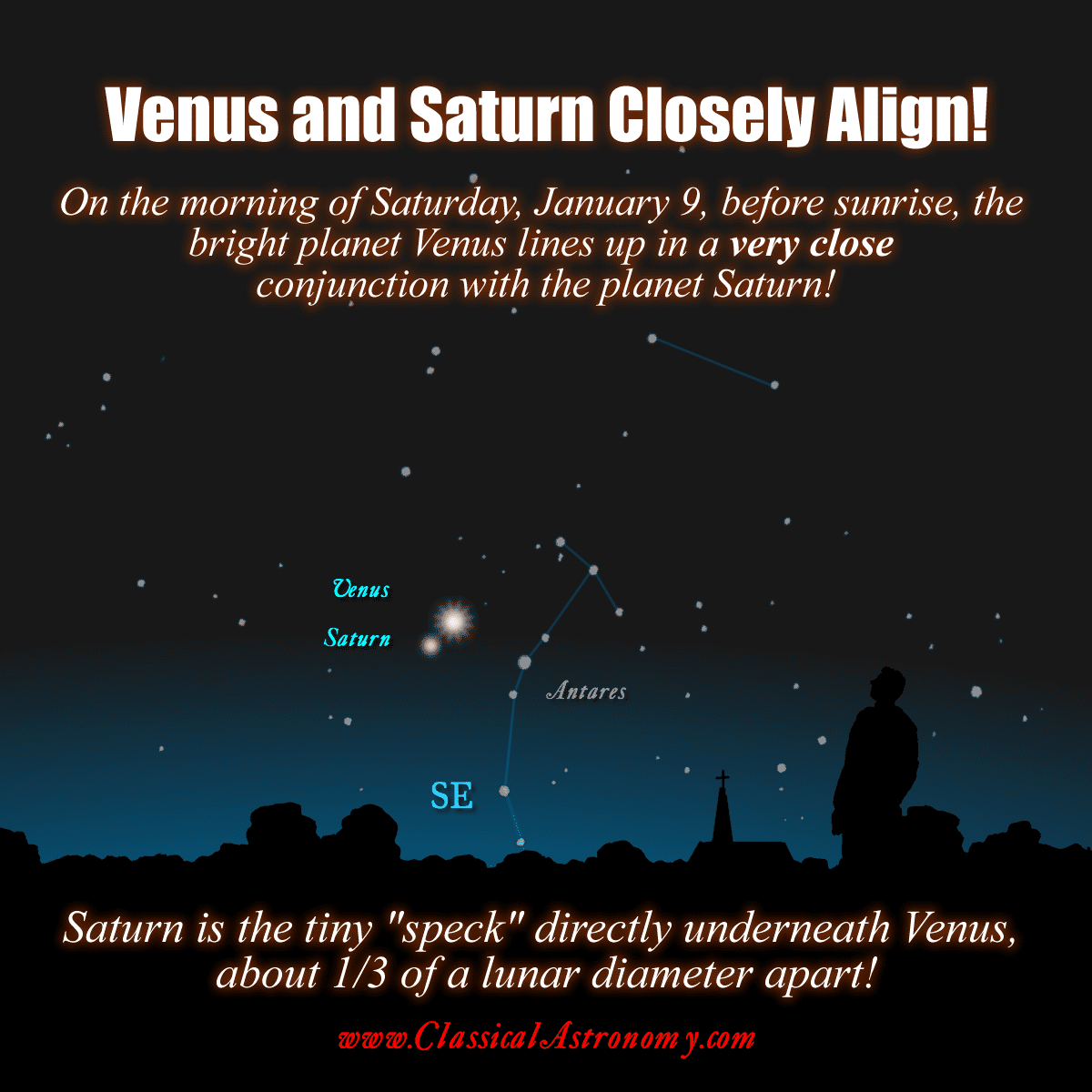 The first big event in Saturn’s fun year will be a VERY CLOSE conjunction with Venus on the morning of Saturday, January 9.  If you are able to spot these two planets when the Moon was nearby during the week, you should be able to spot them again on Saturday morning when they draw closest.  Saturn is the little “speck” underneath bright Venus.

These two will be REALLY close, separated by only 0.09 degrees, less than one-third of a lunar diameter.  If you saw the recent morning dance with Venus, Jupiter and Mars, then you’ll be interested to know that Venus and Saturn will be even closer on Saturday.  This happens because these planets fall along the same line-of-sight as seen from Earth.  Actually, Saturn is hundreds of millions of miles beyond Venus, on the far side of the Sun, while Venus is relatively close to the Sun.  This close conjunction will especially favor western Europe, but it will still be close in the USA, and the east coast will be favored on this continent.