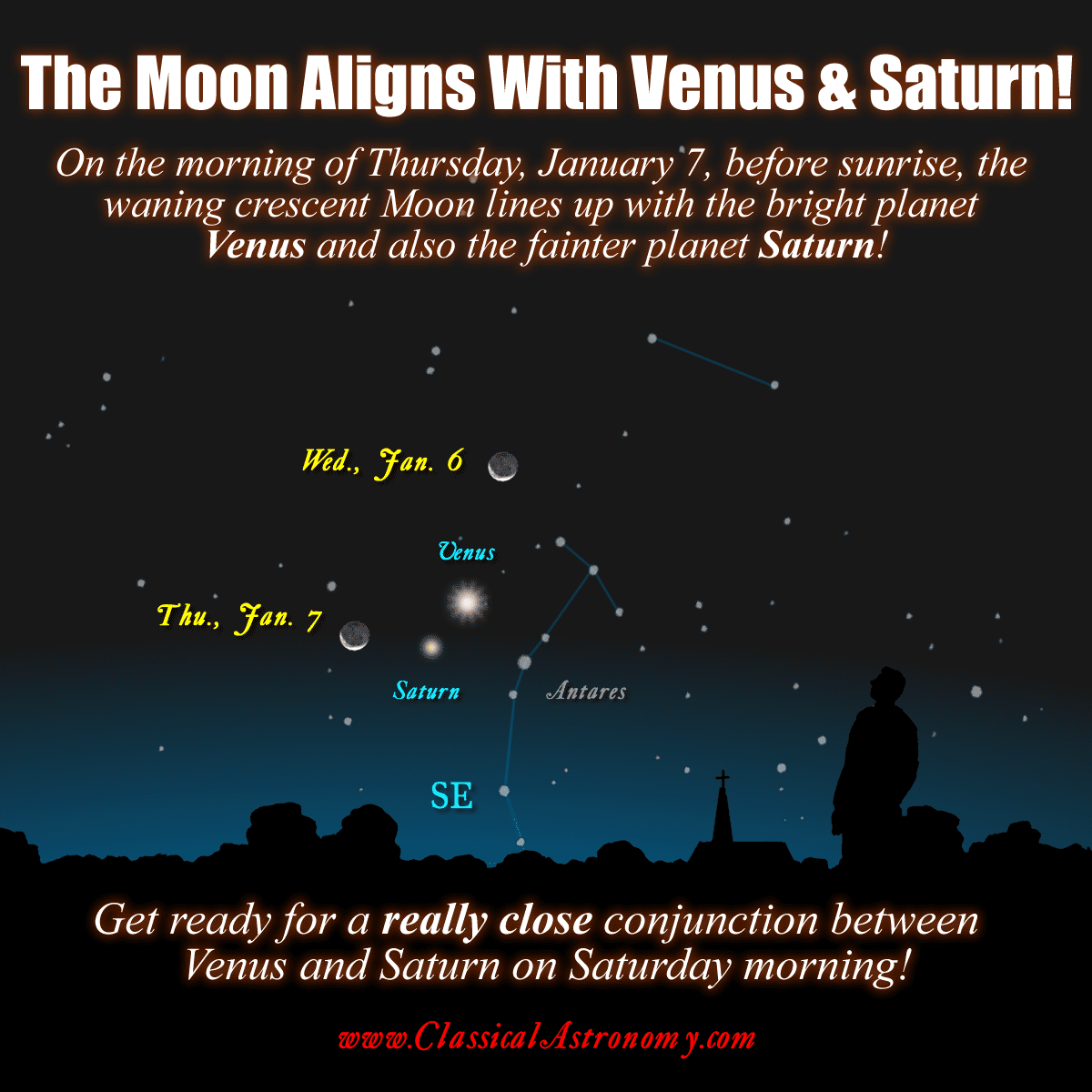 The fun begins in 2016 with the morning conjunction of the waning crescent Moon with the bright planet Venus this week, on the morning of Thursday, January 7, before sunrise.  But as a special added bonus, Venus is currently lining up with the planet Saturn, which recently emerged from the sunrise, after being invisibly hidden on the opposite side of the Sun.  This week, Venus and Saturn are very close together.

Saturn is very faint compared to Venus, and would not be very conspicuous in the morning twilight.  But since Saturn will be close to brilliant Venus, it should be an easier sight to spot.  Also look for the bright, first magnitude star Antares in the constellation Scorpius, which is also currently near Venus and Saturn.  So this star will join the Moon and these two planets in the morning sky this week, and they will all be clustered together on Thursday morning.

Keep an eye on Saturn in the morning sky, and use it to help you learn the constellation Scorpius.  Saturn will be passing through Scorpius in 2016, and will be seen there in the nights of spring and the evenings of summer, when some very interesting sights will be seen with this planet.  So if you get acquainted with Saturn in Scorpius now, and start following it in the current season, you’ll be well-prepared for the planetary show to come!