ORION RETURNS TO THE SKY! 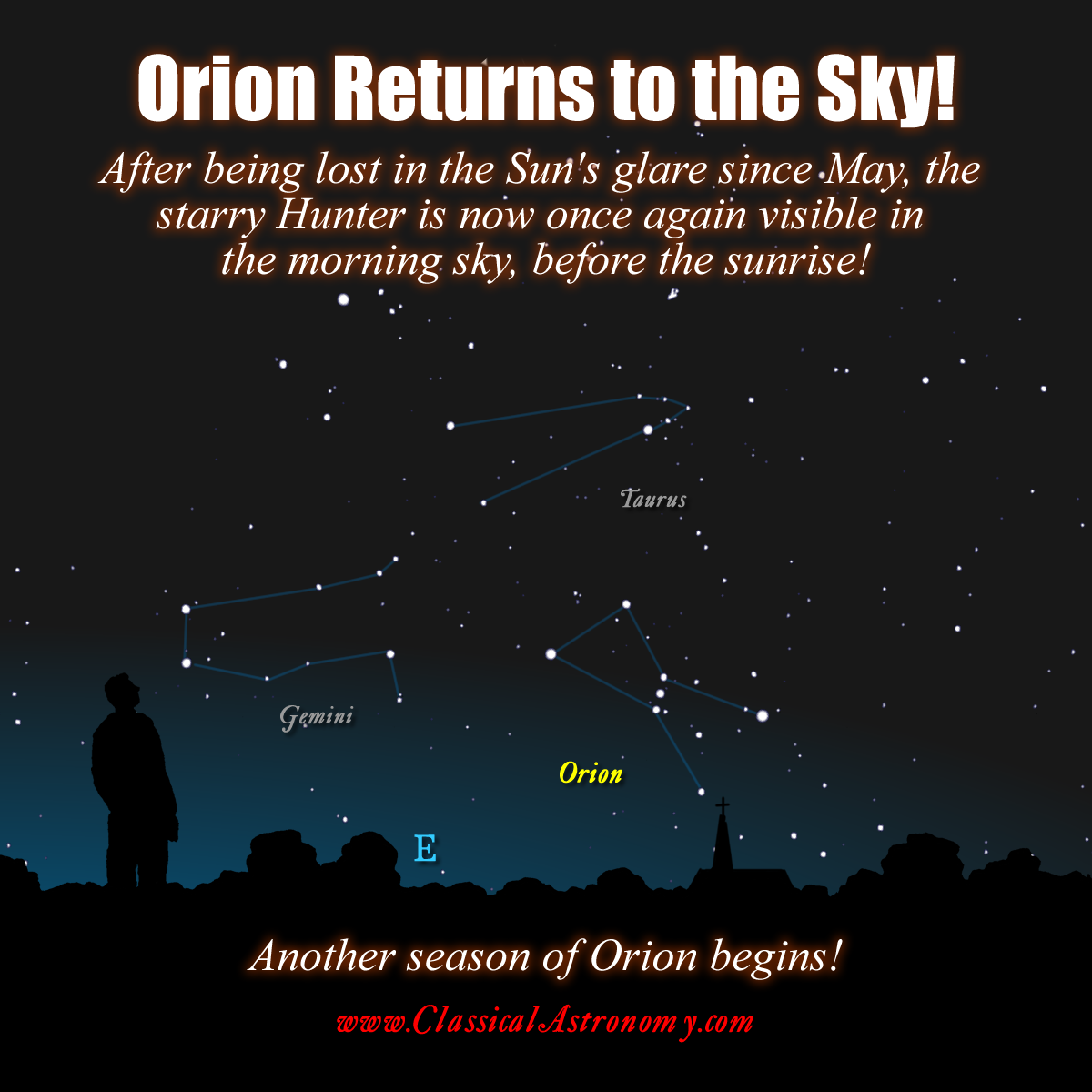 EVERYONE LOVES ORION. The starry Hunter is the most famous and popular constellation, since everyone is fascinated by the three perfectly-aligned stars in Orion’s Belt.

If you are up before sunrise this month, look for Orion in the eastern sky, rising above the trees just as “the dawn’s early light” begins to brighten the morning sky. Also notice the stars of the constellations Taurus the Bull and Gemini the Twins, turned onto their sides as they rise above the eastern horizon.

Keep an eye on Orion in the mornings of September, as the Hunter will be higher and higher in the morning sky, arriving at the meridian by sunrise on the first day of autumn.