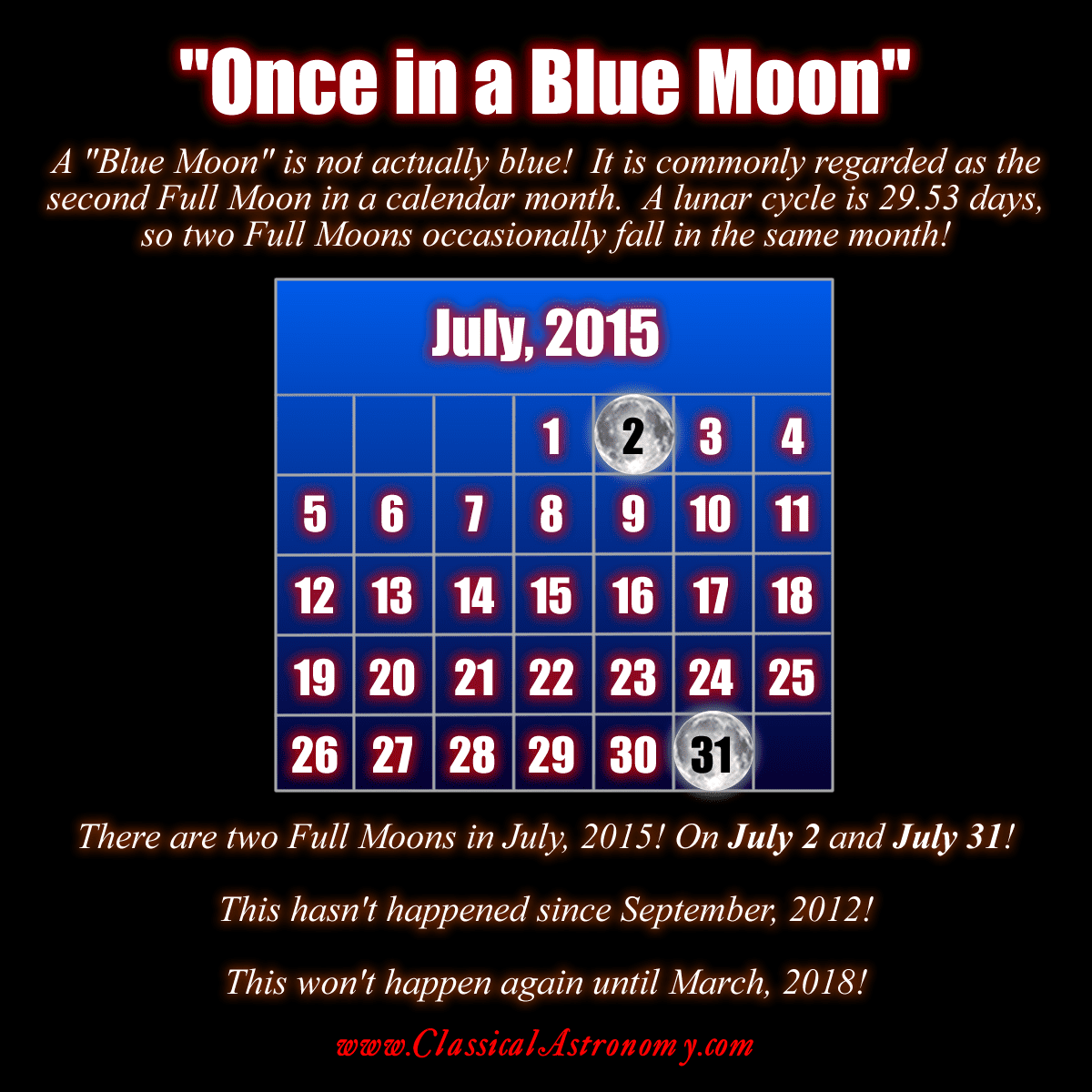 BLUE MOON: There will be a Blue Moon on Friday, July 31! In the popular parlance, a “Blue Moon” is commonly regarded as the second Full Moon to occur in the same calendar month. The average cycle of the Moon’s phases is 29.53 days, so it’s possible for a second Full Moon to occur in months of 30 or 31 days. But for this same reason, there can NEVER be a Blue Moon in February!

Blue Moons come along every few years, and are not a big deal. Sometimes you get two Blue Moons in the same year. It all depends on the arithmetic of the Moon’s cycle.

This definition of the term is relatively recent, though the expression “once in a Blue Moon” is much older, simply signifying an event of indeterminate rarity. Scholars have long speculated as to the origin of the term. There have been other definitions for the term “Blue Moon” down through the years. For the full story of how the current definition became popular, read this article from Sky & Telescope magazine.