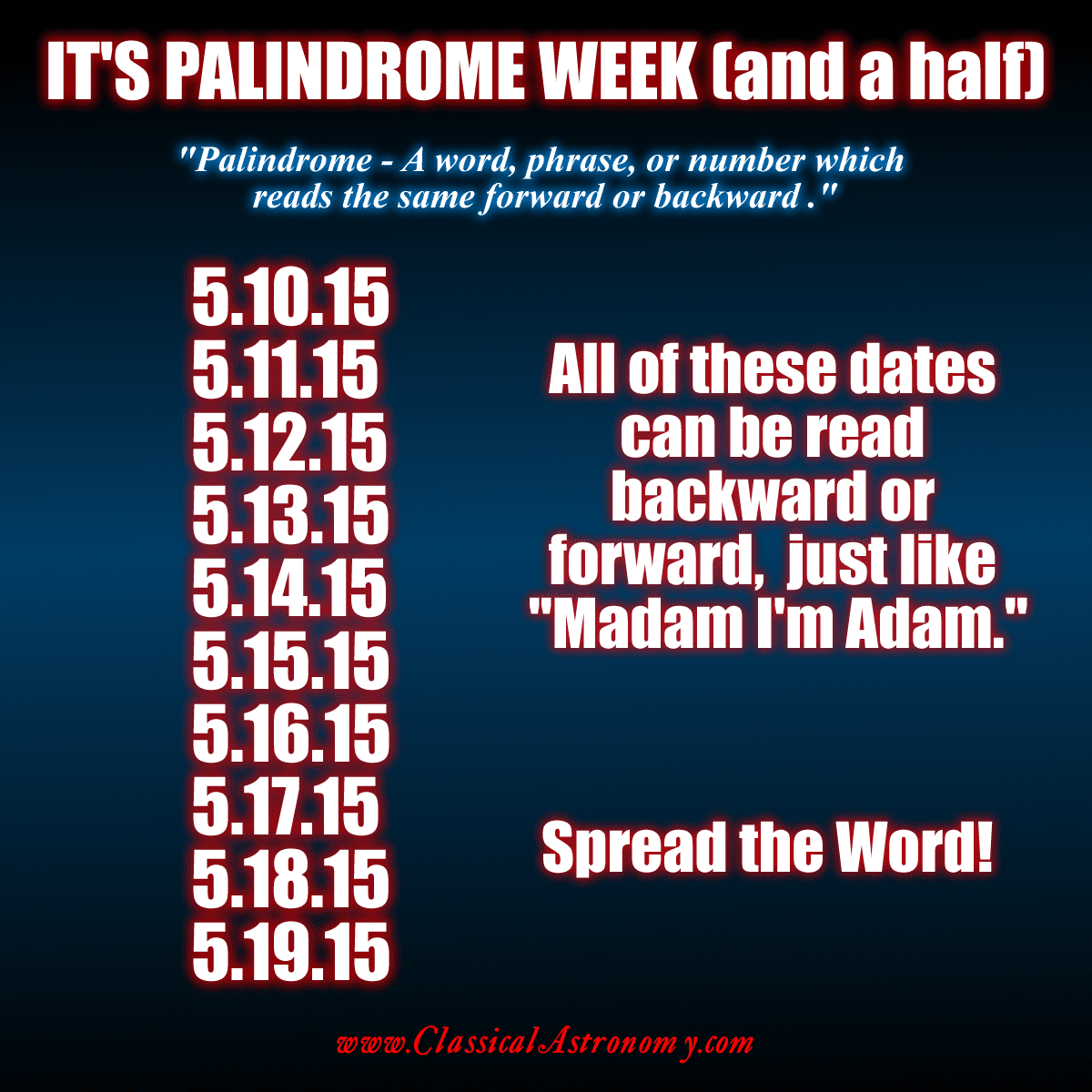 Now that Pi Day and all the sequential number dates are past for the 21st century, what’s a math geek to do? Thankfully, someone belatedly figured out about PALINDROME WEEK! (Actually, a 10 day period). These would have started on January 1, 2001, and there would have been one week a year since (except in 2010). So we missed all such weeks before this year, but we should be able to keep going with this every year until September 29, 2029!!!! So stay tuned for future Palindrome Weeks!