Noon Sun During May 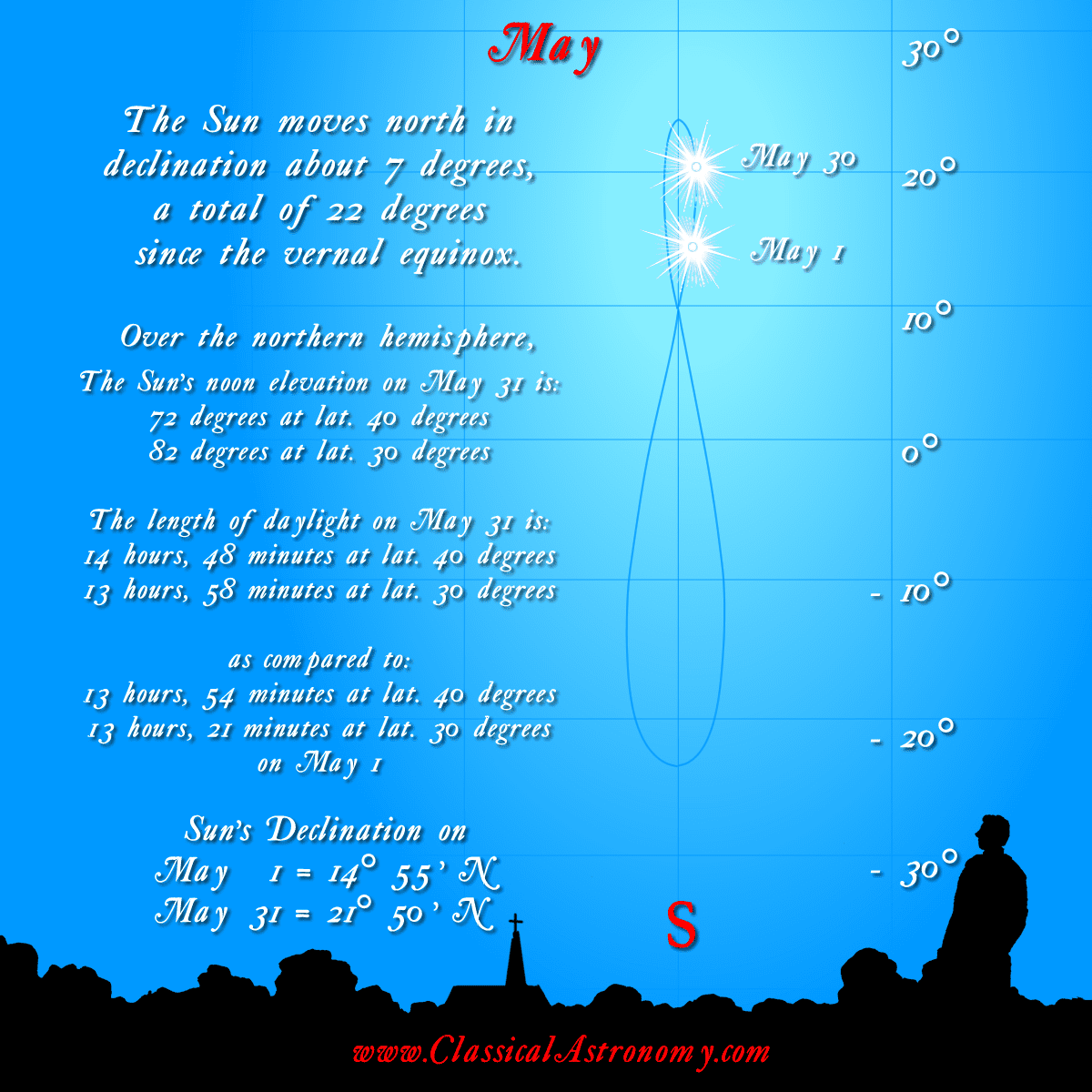 During May, the days grow long much less than in April, since the Sun increases only 7 degrees in declination, compared to 14-1/2 degrees in that previous month. (Compare with the previous month’s graphics.)

The length of daylight only increases between 23 to 54 minutes for most locations in the USA, whereas daylight increased nearly two hours in April.

By month’s end, the days are nearly as long as they will be on the longest day, since the Sun will only gain another two degrees of declination by the summer solstice.