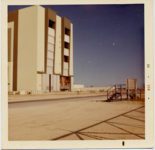 1969 — The Space Race and a Little Space Cadet Like most little boys in the 1960s, I was totally obsessed with the NASA space program. The early NASA space flights dominated my entire childhood. I was born in April, 1961 — 13 days after Soviet Cosmonaut Yuri Gagarin became the first man in space, but 10 days before American… Continue reading 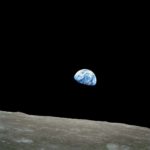 This very famous photo called “Earthrise” was snapped 48 years ago today, on December 24, 1968. This is the very first picture ever taken of the “Full Earth,” so that the entire globe can fit inside a single image frame. It would be impossible to explain to a young person today, nearly a half century later, how this image rocked… Continue reading

The “true believers” of the “Life on Mars” cult will never give up, no matter how much evidence accumulates that Mars is a dead rock in space. The except below from our recent “Blood Moon” article explains the history of how Percival Lowell created the “Life on Mars” hoax in the 19th century. Lowell’s “work” inspired the science fiction writers of his… Continue reading 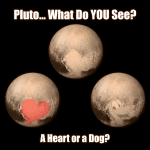 PLUTO: Today’s new picture of Pluto, sent back by the New Horizons spacecraft, will very likely be the new “yearbook photo” for this planet, as happened with the gas giants during the Voyager era. Officially, NASA has been remarking about the “heart-shaped” object in Pluto’s southern hemisphere, but many are spying a “Pluto” on the non-planet! So what do… Continue reading