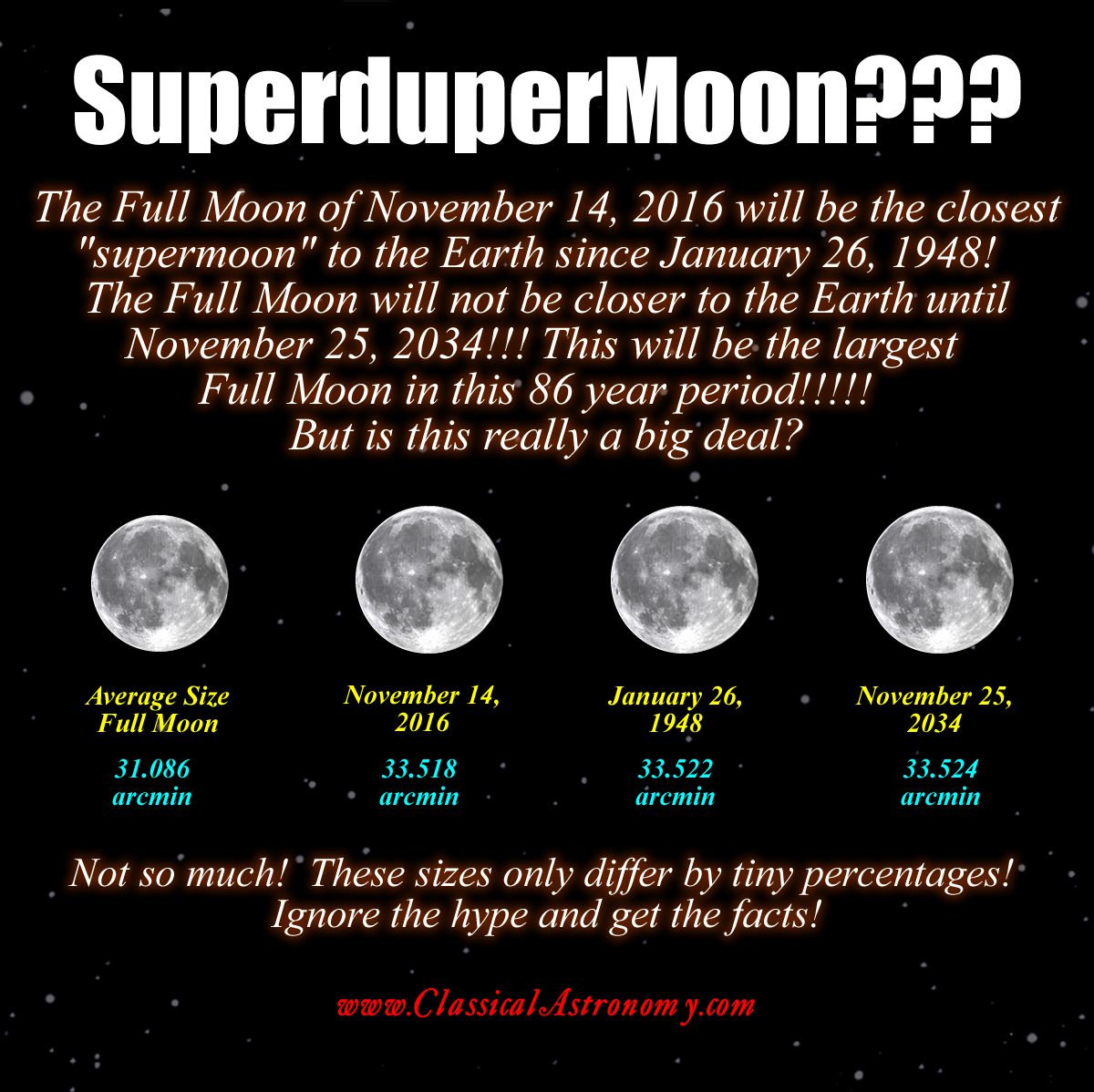 SUPERDUPERMOON??? The media LOVES to hype these so-called “supermoons,” which come around every year or so, when the Full Moon is closer to Earth than at “normal” times. But the Full Moon of November 14, 2016 will be a “superdupermoon,” the biggest, closest supermoon since 1948, and the biggest and closest that the Moon will appear until the year 2034!!!! The media will probably be going ga-ga …telling the public about this rare and special Full Moon. But is it a big deal? Not at all!

We’re told that during a “regular” supermoon, the Full Moon is about 14% larger than average, and 30% brighter. But this is not a very large amount on the celestial scale, and too little to spot with just the unaided eye alone, without optical measuring instruments. The average size of the Moon in the sky is about the same as the width of a pencil eraser held out at arm’s length. The “supermoon” of 2016 will be only about 1/13th wider than average. Can you judge a width of 1/13 of pencil eraser held at arm’s length?

Many people report actually noticing that a supermoon appears larger and brighter than normal. This might be due to the power of suggestion, something the media is very good at! So don’t fall for the hype! Trust Classical Astronomy to set the record straight! #supermoon #supermoon2016 #ClosestSupermoon #superdupermoon