The Full Moon of Passover 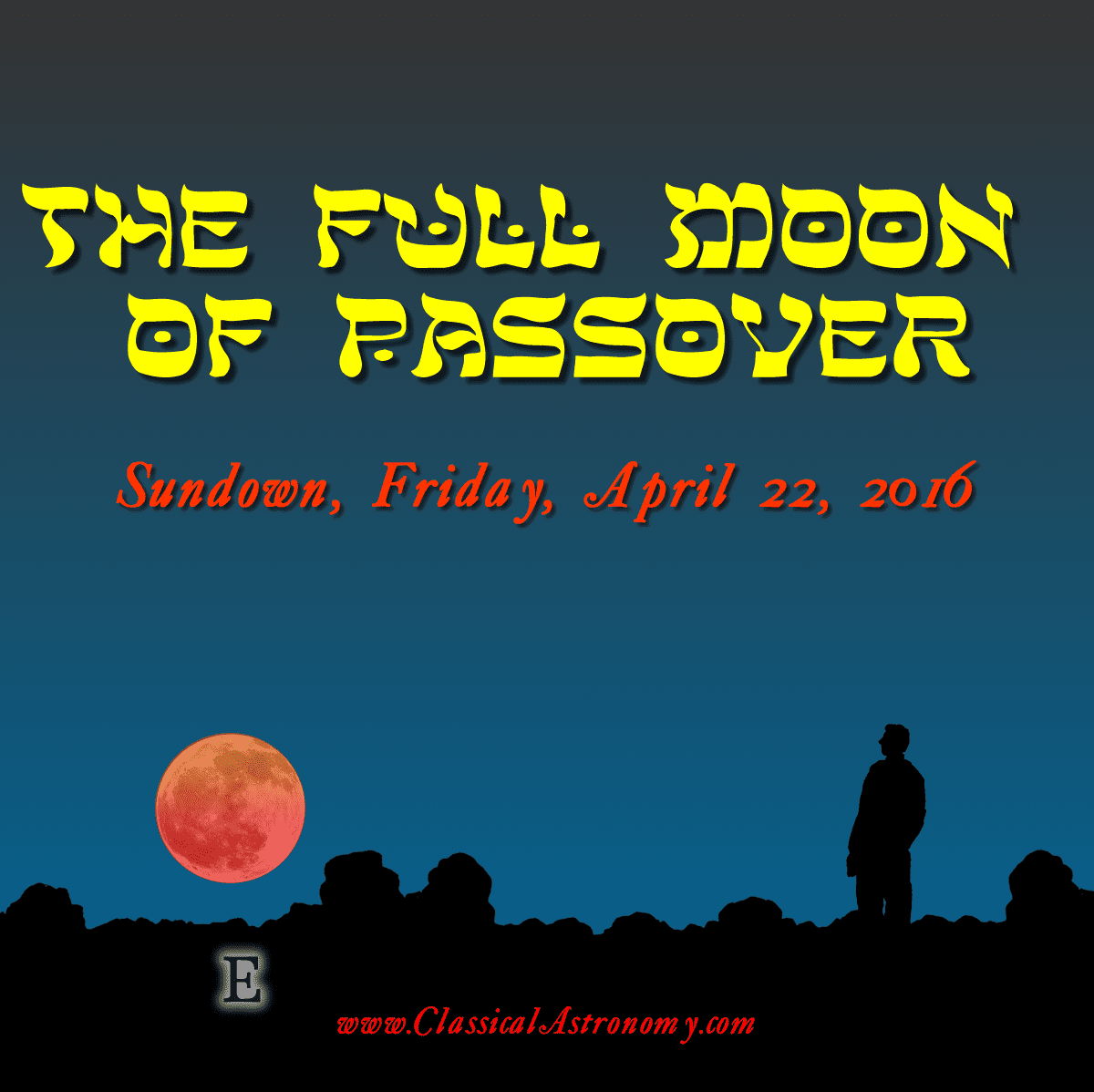 In 2016, the fourteenth day of the Hebrew month of Nisan begins at sunset on Friday, April 22. The Full Moon of Passover rises above the eastern horizon at sunset.

This evening is the “Erev Pesach, ” the Eve of Passover. The Israelites would kill the paschal lamb before the next sunset, and eat the Passover meal early after the Sun had set on 15 Nisan.

“Your lamb shall be without blemish, a ma…le of the first year: ye shall take it out from the sheep, or from the goats: And ye shall keep it up until the fourteenth day of the same month: and the whole assembly of the congregation of Israel shall kill it in the evening.” – Exodus 12: 5- 7

This year’s Passover is special. In 2016, the Hebrew month Nisan follows Adar 2, the second occurence of the Hebrew month of Adar. This happens in seven out 19 years. Just as our regular Gregorian calendar includes an extra intercalary day in a Leap Year, the Hebrew calendar includes an intercalary “leap month” every couple years, so that the Jewish feasts will continue to occur in the proper seasons of the solar year. For this reason, Passover occurs a month after the start of spring, unlike most other years when it occurs in the same month.

Usually, the Christian feast of Pascha or Easter is timed along a similar lunar cycle to Passover, so that the celebration of the LORD’s Resurrection occurs in the same month as Passover. However, due to Adar 2, Passover follows an entire lunar month after the Easter celebration observed in western churches that follow the Gregorian calendar. However, the Eastern Orthodox churches follow the Julian calendar and the rule of the Counci of Nicaea in AD 325 that Pascha always follow the Jewish Passover. For this reason, Orthodox Pascha in 2016 is on May 1.

The Astronomy of Easter
http://www.crosswalk.com/family/homeschool/resources/the-astronomy-of-easter-1193968.html

The Astronomy of Passover
http://www.crosswalk.com/family/homeschool/the-astronomy-of-passover-1257009.html