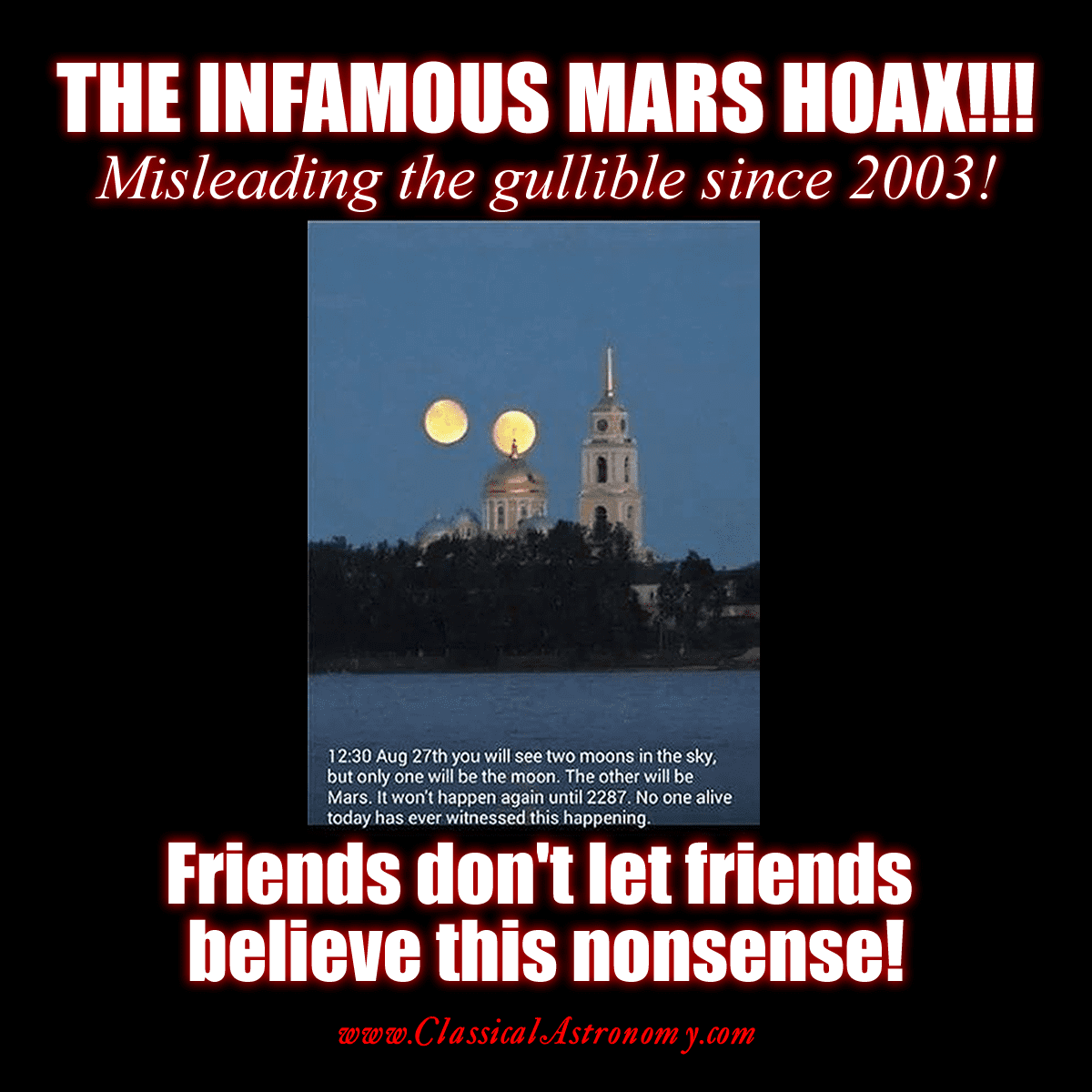 NO!!! The planet Mars will NOT appear as big as the Moon on August 27!!! This is the infamous MARS HOAX!!! It’s been circulating around the web every summer since 2003! Don’t spread this bogus lie! Instead, share this graphic on your wall!

The MARS HOAX started out as a legitimate announcement about the closest opposition of Mars, back on August 27, 2003, which we covered in our newsletter.

At the time, Mars was calculated to be closest to the Earth ever in history, and hence, appearing largest in the night sky (by miniscule amounts). But the original email was awkwardly worded, and meant to say that Mars, AS SEEN THROUGH A TELESCOPE, would look as big as the Moon appears WITH THE UNAIDED EYE.

But since the wording was clumsy, this was deliberately misconstrued by some pranksters to mean that Mars would appear as big as the Moon in the night sky, and the “Mars Hoax” quickly became an annual gullibility test. Think about it… if such a monumental event were real, don’t you think you might hear about it somewhere besides the Internet? Like maybe in the mainstream news?

Anyway, this dumb hoax still circulates every summer since 2003, and apparently people still fall for it after all these years, even though it’s probably been around the planet 1000 times by now.

Please read this Snopes article, and spread the word to all your friends.