Home » Seasonal Sun » The Sun in Aries During April

The Sun in Aries During April 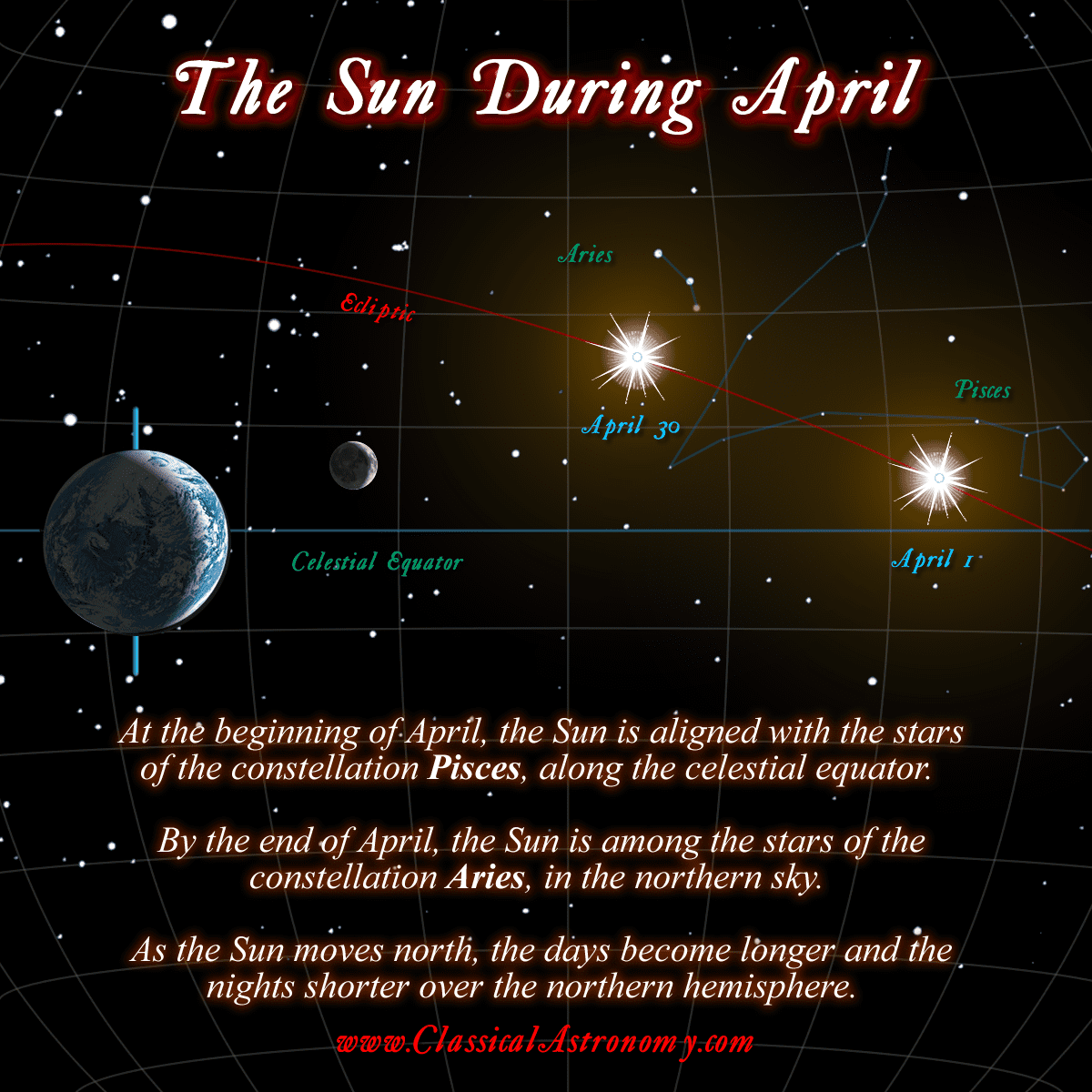 Due to the Earth’s annual revolution, the line of sight between the Sun and the background constellations is constantly changing. This appears as the Sun moving east through the constellations of the zodiac. During April, the Sun appears to be moving from the constellation Pisces into Aries. In the process, the Sun appears to be moving north from the celestial equator, an invisible circle defining the middle of the starry sphere. The days grow increasingly longer throughout April, as seen from the northern hemisphere.

Seasonal variations are discussed in detail in our Signs & Seasons curriculum.