Home » Moon » Lunar-Planetary Conjunctions » Conjunction of the Moon With Jupiter

Conjunction of the Moon With Jupiter 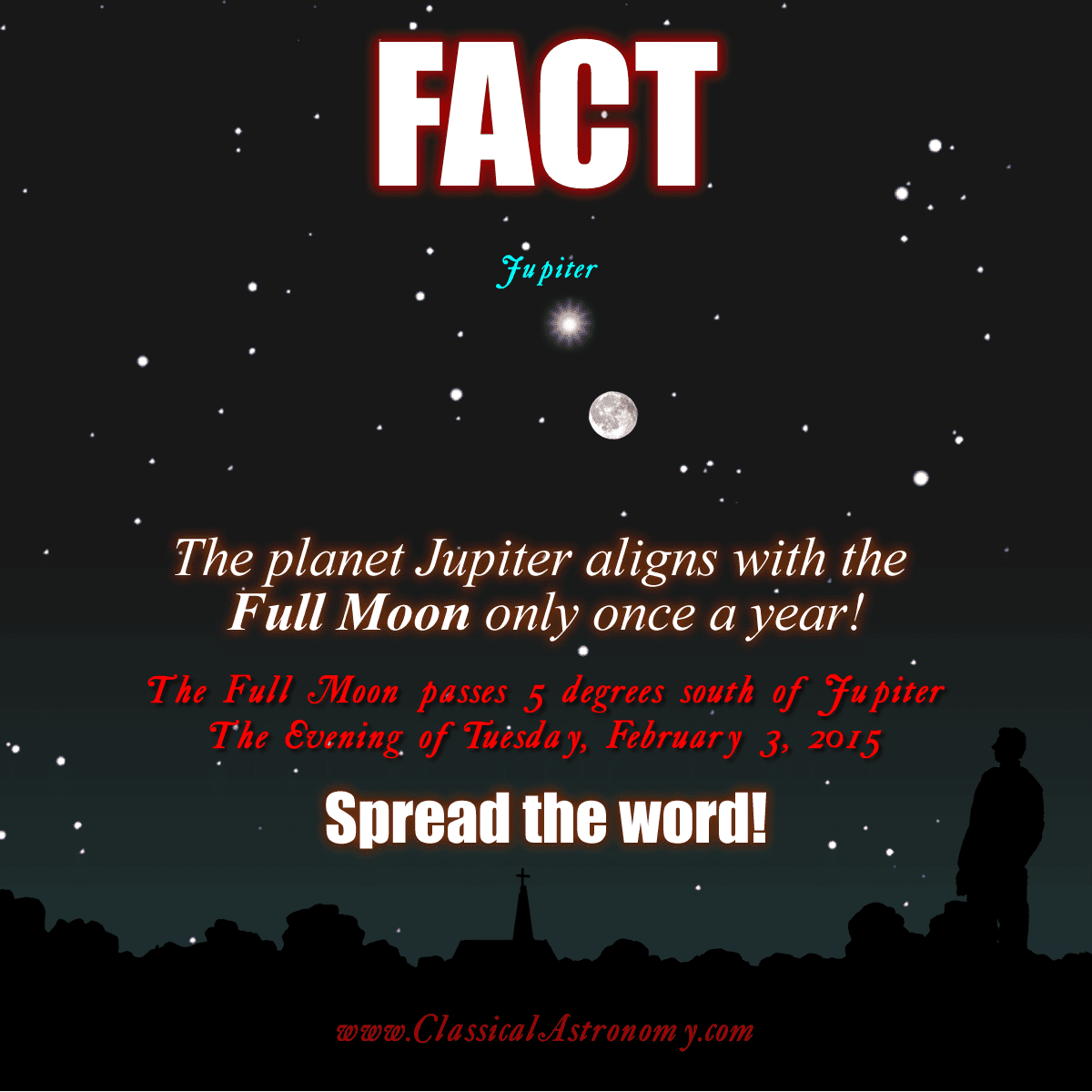 The planet Jupiter is the very bright “star” near the Full Moon tonight, February 3. After nightfall tonight, be sure to go outside and take a look!

(FYI, the Moon passes Jupiter every other month of the year, but only when Jupiter is near opposition does the FULL MOON pass Jupiter. At this time, both the Moon and Jupiter are nearly 180 degrees away from the Sun along the circle of the sky, opposite the Sun (hence the term “opposition”).